Synthetic gaseous agents are suppression agents that have a couple of unique features. Firstly, they are man-made and not naturally occurring gases like Inert gaseous agents. Secondly, synthetic gases exist in liquid form until the time of deployment.

These agents are commonly referred to as ‘Clean Agents’ as they leave no residue or oily deposits, they can be removed by ventilation of the affected space and are non-conductive. This makes them highly desirable in IT rooms and precious document vaults.

As with all ‘total flood’ gaseous suppression systems, an annual Room Integrity Test must be conducted to confirm the integrity of the protected area and the retention time.

The two most common synthetic gases used as suppression system agents are: 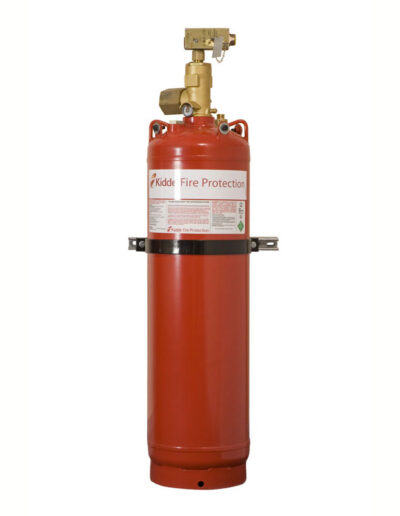 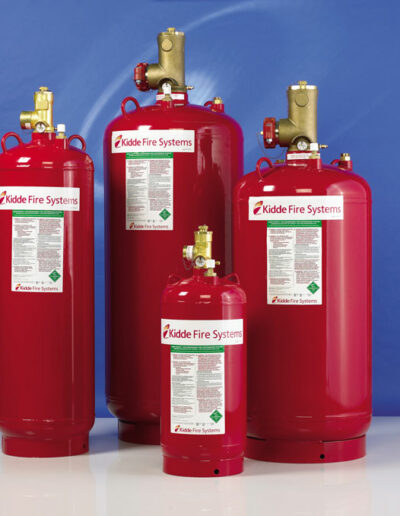 HFC-227ea was the first non-ozone depleting synthetic gas to replace Halon, with NOVEC 1230 following shortly after. However, as both agents are a Fluorinated gas, and as such, have an effect on the Earth’s atmosphere if released, they are controlled under the Fluorinated Greenhouse Gases (F-Gas) Regulations. Only F-Gas Registered Engineers are permitted to work on synthetic gas suppression systems, including the Detection and Alarm (electrical) system.

Synthetic gas systems consist of a pre-defined number of cylinders (which can be variable in size) that are pressurized to either 25bar or 42bar, depending on the system design requirements. They can be a simple set-up, from 1 or 2 cylinders placed within a small Server room, all the way up to complex multi-diverter valve systems with dozens of cylinders, and pilot cylinders, covering a large Data Centre.

Synthetic agents have their own ‘Pros’ and ‘Cons’. The agent itself tends to be costlier than its Inert gas counterparts and, as previously mentioned, strictly regulated. However, the footprint required to house synthetic systems can be much smaller than Inert gas systems as generally, fewer cylinders are required for the same volume being protected. Under current Standards, synthetic gas suppression systems are not required to install over-pressure vents.

However, unless specified, vents are fitted within protected areas to relieve access ‘negative’ pressure as a standard by we as it is considered ‘good practice’. 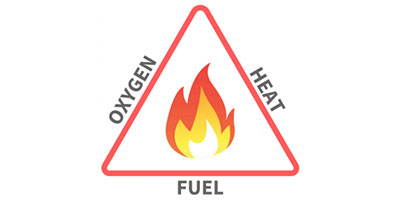 The ‘Fire Triangle’ is a visual representation of the three elements required for fire to exist – HEAT, FUEL and OXYGEN. If one of these triangle sides (elements) is removed, then a fire cannot exist. Synthetic gaseous systems extinguish a fire by seeking and removing the HEAT element from the ‘Fire Triangle’ and as such, are sometimes referred to as ‘smart systems’. They also have a side effect, by agent replacing air within a protected area, of lowering Oxygen levels within ‘safe for life support’ limitations.

All of Cannon Fire’s synthetic agent suppression systems are designed, installed, commissioned and maintained under the requirements of BS EN 15004-1:2008, the relevant sub-regulations particular to the agent being utilized and F-Gas Regulations (Amended 2018). All our Engineers are F-Gas Registered, and Cannon Fire are also BAFE SP203-3 Registered.

Request a callback
Email Enquiry
We use cookies to ensure that we give you the best experience on our website. If you continue to use this site we will assume that you are happy with it.OkPrivacy policy