Arguments for schools having Sprinklers

Sprinkler systems can be installed for approx. 1% of building price (same as carpeting costs).

Schools, colleges, universities & nurseries would all greatly benefit from having fire sprinklers systems installed, enhancing the safety of the building for both the students and the educators and staff that use the facilities. 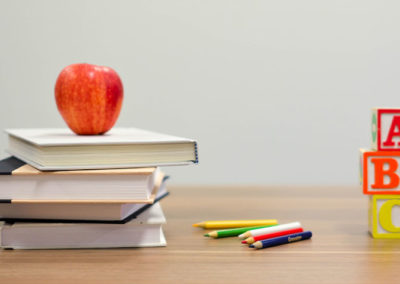 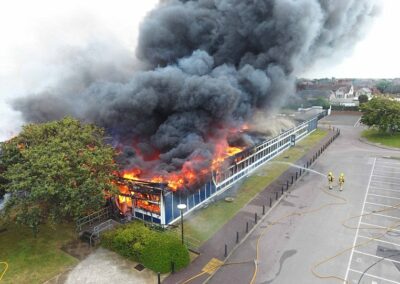 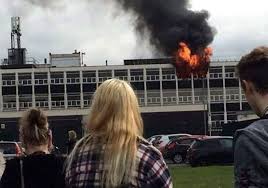 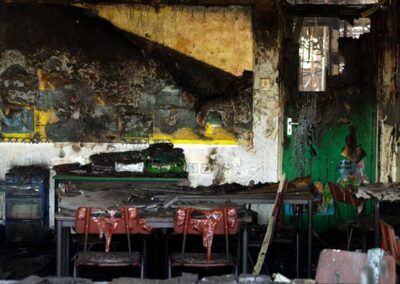 How common are school fires?

In 2015/16 there were nearly 700 fires attended by the emergency services in educational establishments in England and Wales. Many school fires are deliberate with schools being key targets for arsonists. The Arson Prevention Forum has estimated that the education of around 90,000 children is affected by arson each year.

children are affected by arson

What is the impact of school fire?

There is a massive financial loss when a school is destroyed or damaged by fire. As previously explained, the average cost of a large school fire is nearly £3 million. Unfortunately, the most recent Government figures for the overall costs of school fires are from 2014. A more up-to-date to figure for a school fire is approx. £52 million (depending on the location & size of the school). It is likely that these costs have increased substantially in over a decade.

Insurance companies usually cover the cost of the fires by paying for new equipment and some personal items up to a certain cost (i.e. contents) and local authorities dealt with rebuilding, rental costs and transporting pupils to other sites (i.e. capital expenditure). However, according to senior leaders, such negotiations were prolonged, lasting two years in one case; one headteacher described these as ‘exceptionally long-winded’, with the school having to wait four months before building tenders were posted. In fact, rebuilding did not start until seven months after the fire and, with an additional three months of actual construction, the estimated completion date for work had extended the reconstruction period to some ten months.

The extent of insured damage is only part of the impact on a school, as fires may have a wider impact on, for example, staff and students’ emotional wellbeing.

The source of this information was “the impact of school fires” by LGA Research.

days without a school total (approx)

How do sprinklers improve an educational facility?

Sprinklers can significantly reduce the impact of fires in schools, all new schools should be built with sprinklers and they should be fitted retrospectively whenever schools undergo development. There are many benefits to sprinklers being fitted in schools, namely:

Sprinklers virtually eliminate fire deaths and injuries of both inhabitants of the buildings and the emergency services. In fact, there have been no reported deaths from fires in buildings with maintained sprinkler systems.

Sprinklers also significantly limit the disruption and upheaval that can follow a fire. When a school is destroyed by a fire, it can be out of action for a year or longer. Conversely, when schools are fitted with sprinklers, the school can re-open within a day or so, as the fire is contained in a much smaller area.

School fires often result in the release of asbestos fibres, when asbestos-containing materials catch fire or are damaged. Nearly 90 per cent of schools contain asbestos, so the likelihood is that there will be asbestos on the premises when a school catches fire. Asbestos contamination is significantly reduced when sprinklers are fitted. This prevents unnecessary exposure for emergency services, pupils and staff.

reduction in fire and smoke damage

How much do sprinklers cost?

Sprinklers cost between one and two per cent of the total construction costs of a new school, (Which is approximately the cost of carpets fitted throughout a school).

Carpets become worn and need to be replaced, whereas sprinkler systems last for the lifetime of the building.  Schools also benefit from reduced insurance premiums and excess when they are fitted with sprinkler systems.

The Local Government Association has estimated that the cost of installing a sprinkler can be recouped in around five years and, after this time, schools will continue to benefit from reduced premiums and excess.

What are the Fire risks in schools?

Approximately 60% of all school fires are started deliberately, and whilst many are a simple prank which has grown out of control it is important that preventative measures are put in place to cover any kind of arson attack.

Guidance to schools encourages vigilance regarding pupils who could fit an ‘arsonist’ profile, a profile that includes risk factors such as, playing with matches and bringing cigarettes and lighters to school, being disruptive and or withdrawn and behaviour that more generally suggests disaffection.

Schools present a number of challenges from a fire safety point of view. Schools will generally have all kinds of fire risks from Bunsen burners in chemistry class to running large-scale air conditioning and heating and IT systems. In addition, managing large numbers of pupils during an evacuation can be difficult and needs careful planning.

reduction in fire and smoke damage

Other fire hazards in schools

We can help protect your IT Classroom, server rooms, Libraries & Kitchens.

What is the Government’s policy on sprinklers in schools?

In both Wales and Scotland (where education matters are devolved) it is a requirement for sprinklers to be fitted in new schools. Unfortunately, this is not the case in England, where the Government has not only refused to make sprinklers compulsory but in 2016 attempted to water down the existing policy on sprinklers in schools.

In 2016, the Government consulted on changes to BB100, which included removing the expectation that new schools would be fitted with sprinklers and significantly increasing the compartment size in schools without sprinklers systems. The NUT and many other organisations responded to the consultation and strongly opposed the changes. Despite this, it was announced in August 2016 that the Government had gone ahead with the proposals. A variety of joint activity between the NUT and Fire Brigades Union (FBU) forced the Government to backtrack, and during November 2016, the Department for Education (DfE) held meetings with both unions and other stakeholders. A final decision about whether the expectation was to be reinstated was due in early 2017; however, confirmation was not received until July 2017 following the Grenfell Tower fire.

Furthermore, the Secretary of State confirmed in the letter that the Government does not hold records of how many schools are fitted with sprinklers and whether the principles of BB100 are being adhered to. The Secretary of State went on to say that “sprinklers must be installed in new schools if a risk assessment identifies them as necessary” which is a significant re-interpretation of the original principles of BB100 which was clear that the starting point should always be that sprinklers should be fitted, and this should only not be the case in “a few low-risk schools”.

Request a callback
Email Enquiry
Secured By miniOrange
We use cookies to ensure that we give you the best experience on our website. If you continue to use this site we will assume that you are happy with it.OkPrivacy policy